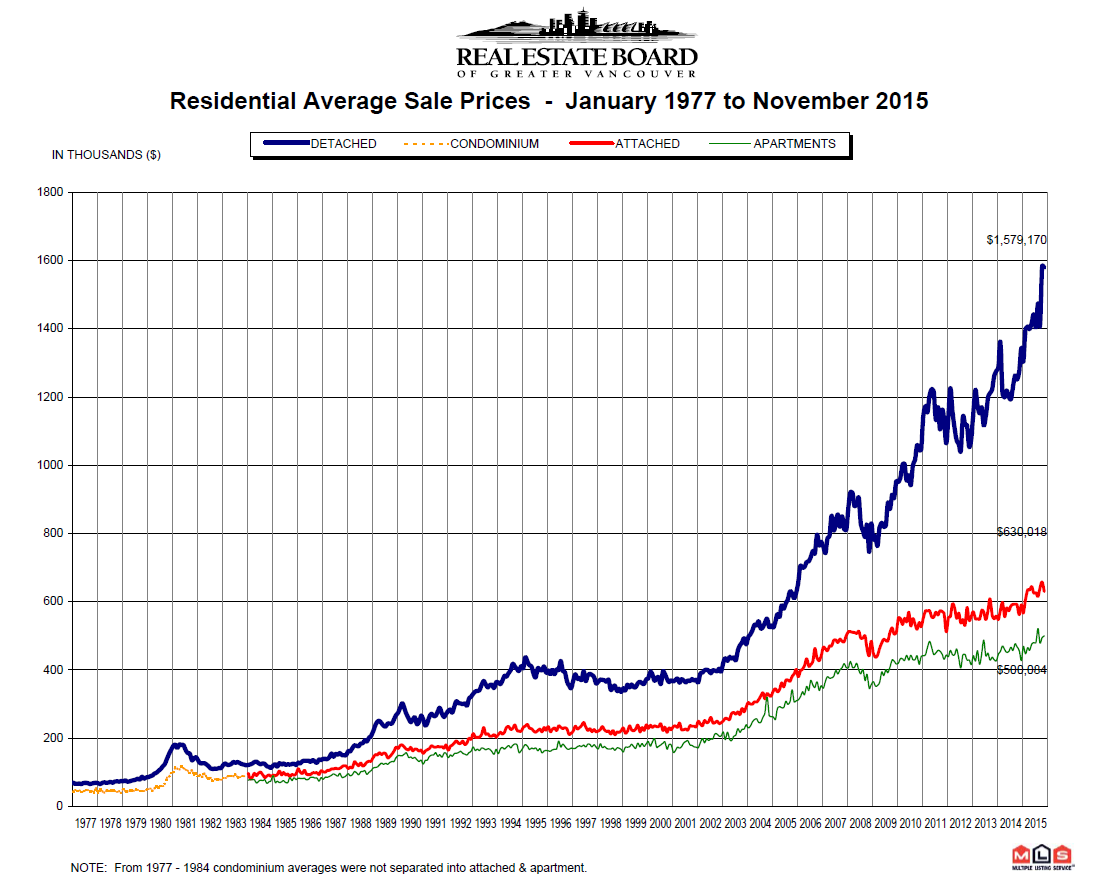 The Real Estate Board of Greater Vancouver (REBGV) reports that residential property sales in Metro Vancouver reached 3,524 on the Multiple Listing Service® (MLS®) in November 2015. This represents a 40.1 per cent increase compared to the 2,516 sales recorded in November 2014, and a 3.3 per cent decrease compared to the 3,646 sales in October 2015.

Last month’s sales were 46.2 per cent above the 10-year sales average for the month and rank as the second

“November is typically one of the quietest months of the year in our housing market, but not this year,” Darcy McLeod, REBGV president said. “The ratio of sales to home’s available for sale reached 44 per cent in November, which is the highest it’s been in our market in nine years.”

New listings for detached, attached and apartment properties in Metro Vancouver totalled 3,392 in November. This represents a 12.5 per cent increase compared to the 3,016 new listings reported in November 2014.

“Demand remains strong and there are housing options at different price points throughout the region,” McLeod said. “It’s important to work with your REALTOR® to understand your options before you embark on your home buying journey.”

The MLS® Home Price Index composite benchmark price for all residential properties in Metro Vancouver is currently $752,500. This represents a 17.8 per cent increase compared to November 2014.

The sales-to-active-listings ratio in November was 43.5 per cent. Generally, analysts say that downward pressure on home prices occurs when the ratio declines below the 12 per cent mark, while home prices often experience upward pressure when it reaches 20 per cent, or higher, in a particular community for a sustained period of time.