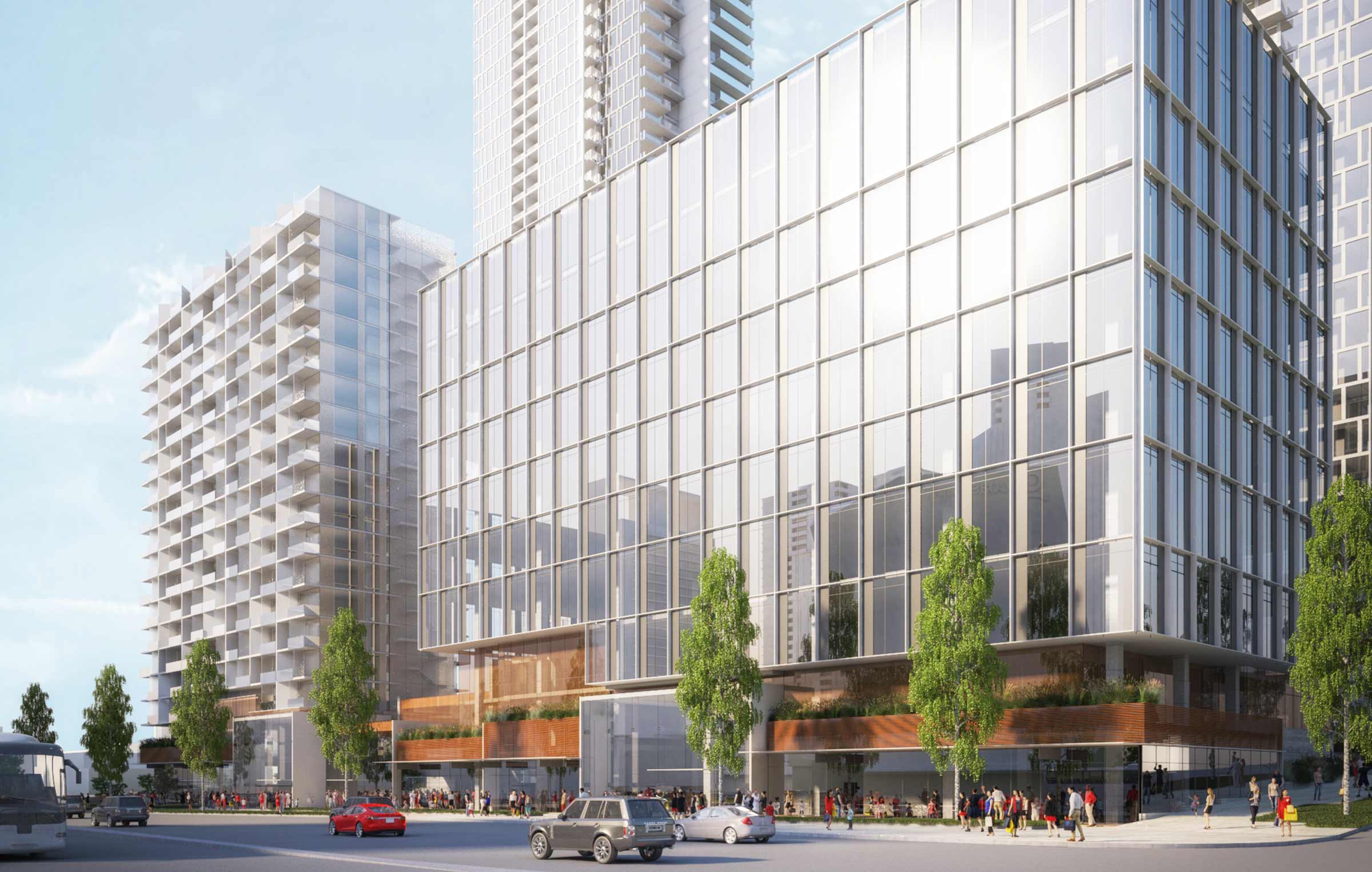 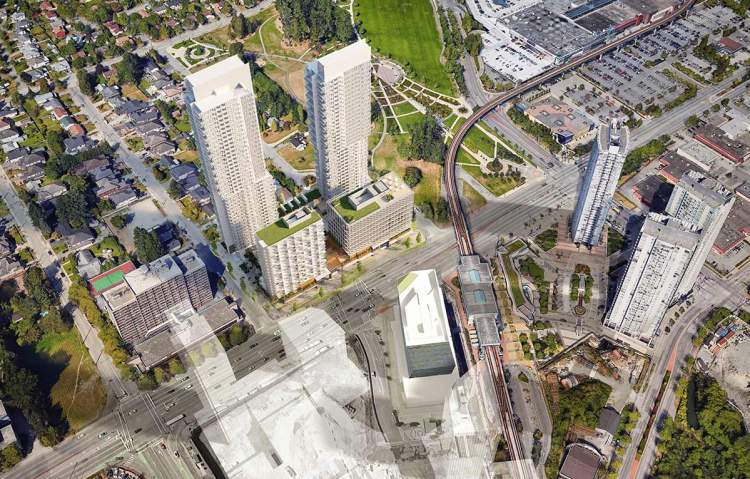 The Urban Village at the Centre of the New Downtown

Century City Holland Park is a 3-acre master-planned, transit-oriented community by Century Group, coming soon to Surrey City Centre. It consists of two condominium highrises connected by a row of ground level townhomes, a 19-storey rental apartment building, and a 10-storey office building. A mixed-use podium will provide an active retail-commercial frontage along King George Boulevard. Its roof will feature a richly-landscaped central courtyard with public and semi-private spaces designed around the theme of food and urban agriculture.

The centre of Surrey is fast becoming the largest downtown core in Western Canada. Century Group aims to provide housing diversity, stimulate employment, and create a unique blend of interconnected commercial, amenity, and residential spaces. Directly opposite King George Station, Century City Holland Park is as central as it gets, connecting with KPU and SFU to the north and UBC to the south. Holland Park’s 25 acres of verdant greenspace wrap around this unique urban community, giving residents access to sports fields, picnic areas, public art, and community events. And just a short walk up the street, the 140 shops, services, and food outlets of Surrey Central City include Walmart, T&T Supermarket, Winners, and Best Buy. 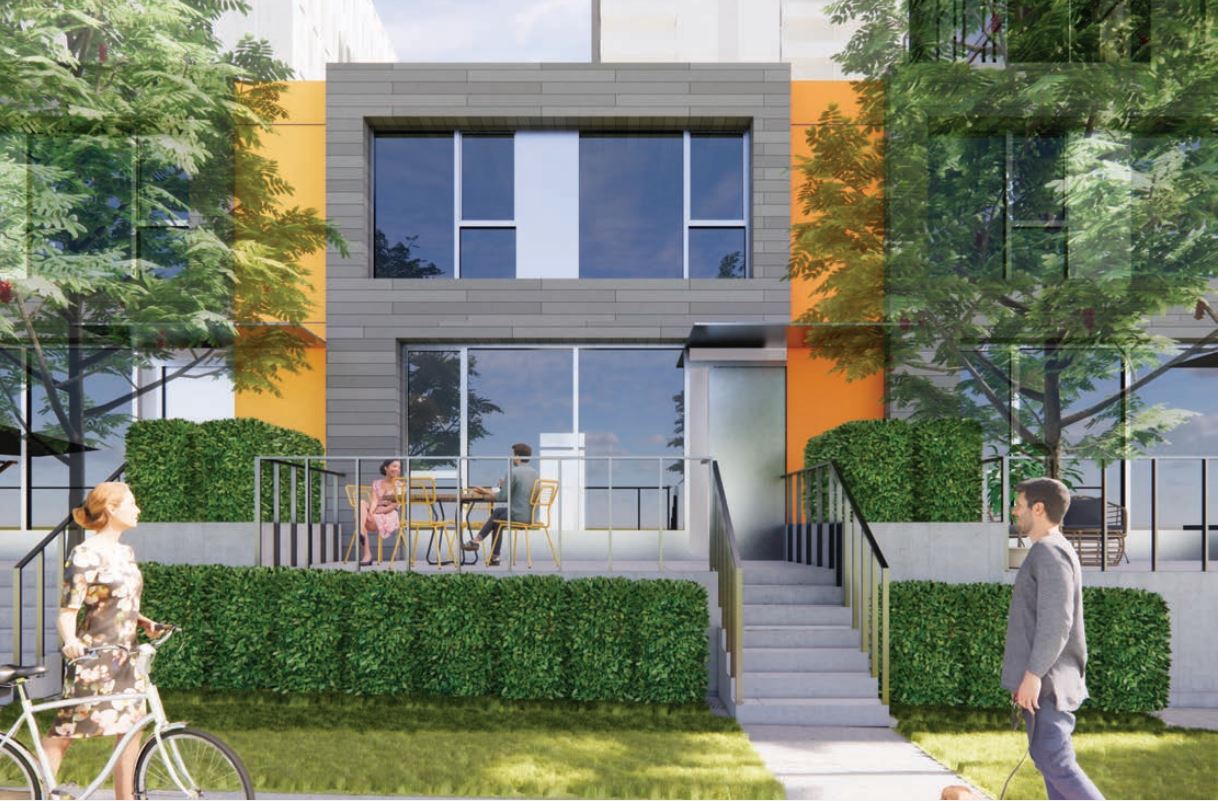 The market portion of the site consists of 39-storey and 34-storey condominium towers, along with 10 ground-level townhomes between the two. Plans range from 1-bedroom condominiums to 3-bedroom townhouses with the following unit mix:

Contact me today to discuss availability and plans according to your needs.

Amenities at Century City Holland Park
The majority of indoor amenity spaces for each of the towers is organized around the courtyard. These include a fitness centre at the base of the office building, communal kitchens and social gathering spaces in the three residential towers, a games room within the rental tower, a co-working space above a market hall, and bicycle workshops within the market residential towers. In addition, there will be a workshop and a bike repair shop at the P1 Mezzanine level and study lounges on the second level of each market residential tower. 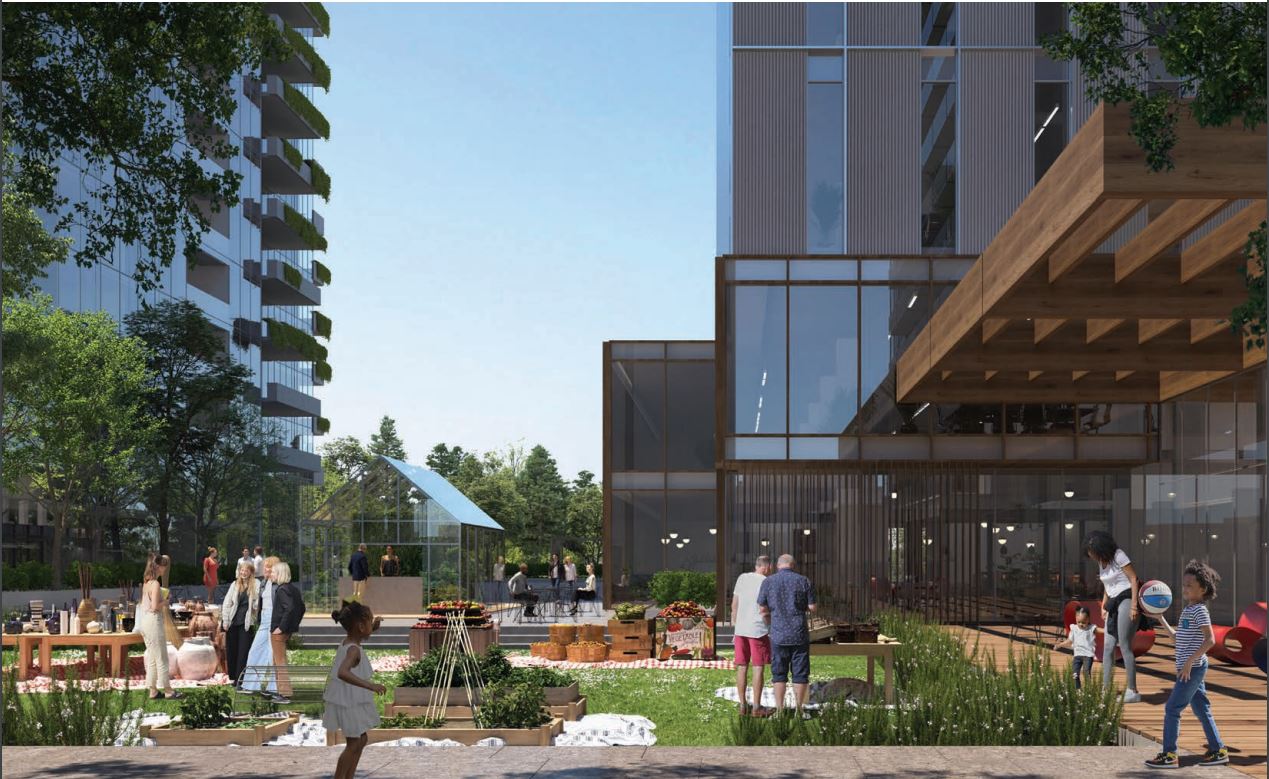 Century City Holland Park’s four buildings are oriented around a central courtyard on top of the development’s podium. The courtyard features a central green that serves as an outdoor flex space, an orchard, a greenhouse, an edible garden, and eating & seating areas adjacent to the communal kitchens, and a children’s playground for exclusive use of the daycare. There is also a rooftop deck on each condominium tower with an associated indoor amenity.

Parking and Storage
Parking will be provided in four underground levels for 1,241 vehicles, of which 858 stalls are for market residential, 51 visitor, 41 restaurant, 36 retail, 22 childcare, 233 office, 21 accessible, and 13 carshare. Secure storage will be available for 1,226 residential and 38 non-residential bicycles. There will also be 6 loading bays, mostly for office and retail tenants, and short-term visitor racks for 24 bicycles. To encourage cycling, Century City Holland Park will offer extensive bike workshop and end-of-trip facilities.

Developer Team for Century City Holland Park
Century Group is a family-owned, mixed-use real estate development company committed to building sustainable communities that define neighbourhoods. For more than 60 years, the firm has set the standard for visionary design and thoughtful development. With a reputation for innovative architecture and thriving communities, they approach every project as an opportunity to improve livability and enliven public space. Over the last decade, Century Group has developed and cultivated new centres at each of Surrey’s SkyTrain stations, most recently with 3 Civic Plaza at City Hall.

Century Group has chosen ZGF Cotter Architects to design Century City Holland Park. ZGF’s design philosophy is centred on the premise that design excellence should be reflected in each and every aspect of a building — its fit with the community, its function and relationship to its users, its building systems, and its cost. The firm’s design portfolio is intentionally diverse, ranging from transportation terminals, commercial office and mixed-use developments to corporate campuses, healthcare and research buildings, academic facilities, libraries, and museums. In addition to receiving more than 770 local, regional, and national design awards, ZGF was honoured with the American Institute of Architects’ highest honour, the Architecture Firm Award. 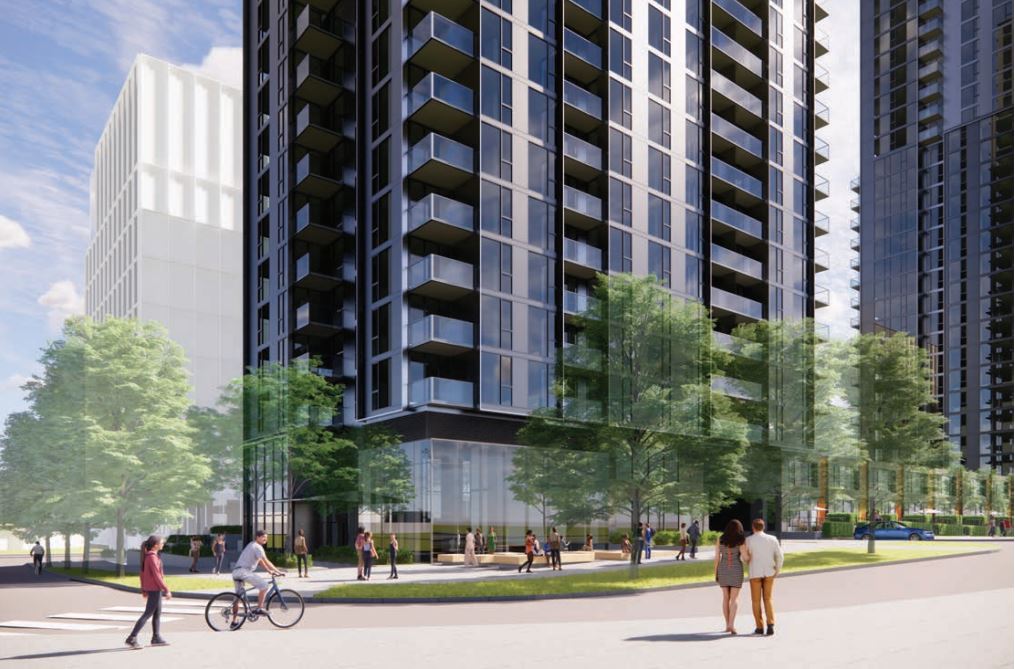 Are you interested in learning more about other homes in City Centre, Guildford, or Fleetwood?

Check out Park George, The Holland, Passages, and these great Surrey Presales!