VANCOUVER, BC – January 3, 2018 – After reaching record levels in 2015 and 2016, Metro Vancouver* home sales returned to more historically normal levels in 2017. Home listings, on the other hand, came in several thousand units below typical activity.

Last year’s sales total was, however, 9.7 per cent above the 10-year sales average.

“It was a steady year for home sales across the region, led by condominium and townhome activity, and a quieter year for home listings,” Jill Oudil, REBGV president said. “Metro Vancouver home sales were the third highest we’ve seen in the past ten years while the home listings total was the second lowest on record for the same period.”

Last year’s listings total was 4.4 per cent below the 10-year listings average.

The MLS® HPI composite benchmark price for all residential properties in Metro Vancouver ends the year at $1,050,300. This is up 15.9 per cent compared to December 2016. 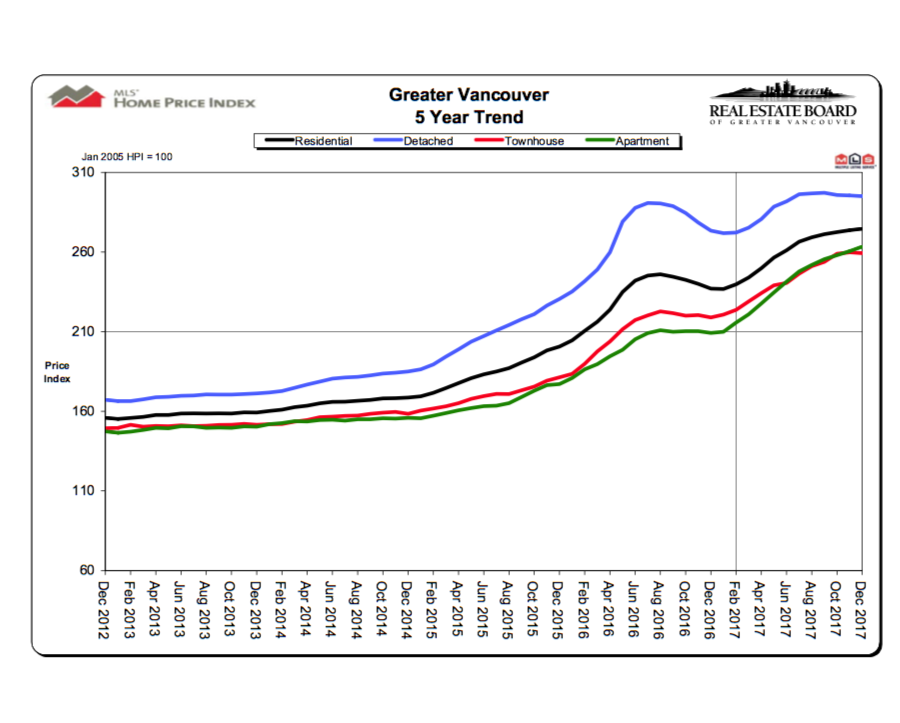 Last month’s sales were 7.5 per cent above the 10-year sales average for the month.

“As we move into 2018, REALTORS® are working with their clients to help them understand how changing interest rates and the federal government’s new mortgage qualifications could affect their purchasing power,” Oudil said. “Only time will tell what impact these rules will have on the market.

“Home buyers today should get pre-approved before making an offer to ensure that your home buying goals align with your financial situation,” Oudil said. 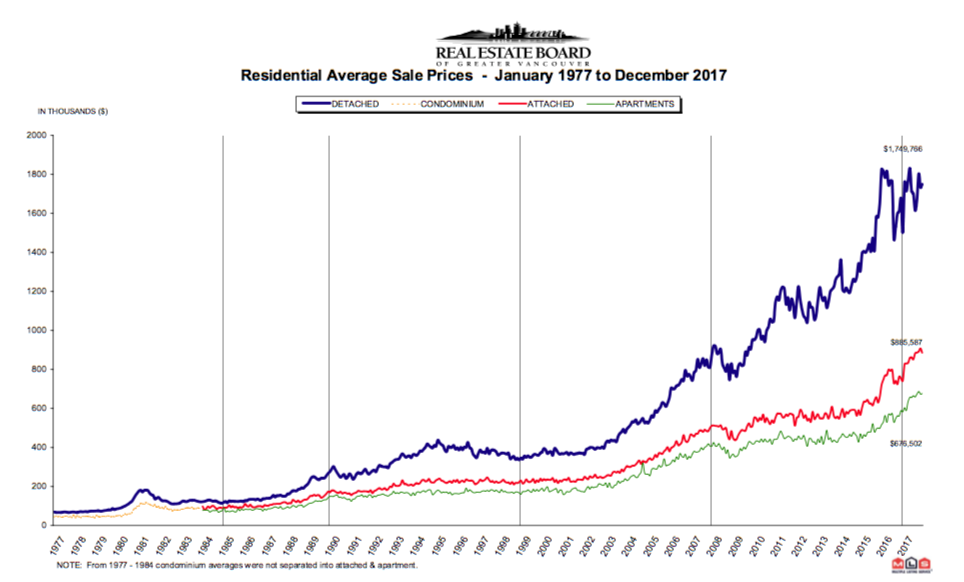 The sales-to-active listings ratio for December 2017 is 29 per cent. By property type, the ratio is 14.4 per cent for detached homes, 38.8 per cent for townhomes, and 59.6 per cent for condominiums.

Generally, analysts say that downward pressure on home prices occurs when the ratio dips below the 12 per cent mark for a sustained period, while home prices often experience upward pressure when it surpasses 20 per cent over several months.